Beer #600 and soft launch of my BI Project

Way back in the early aughts I started collecting bottles and cans of beers I had enjoyed. Three hundred fifty some containers and nearly a decade later I began to log them. Several years after that brings us to today, beer #600 has been added to my collection and this site is now up, yet very much a work in progress. It will be a data driven extravaganza, a visualization of my imbibing, a Venn diagram where bad habits (beer drinking) and good/geeky habits (database administration and web development) overlap. 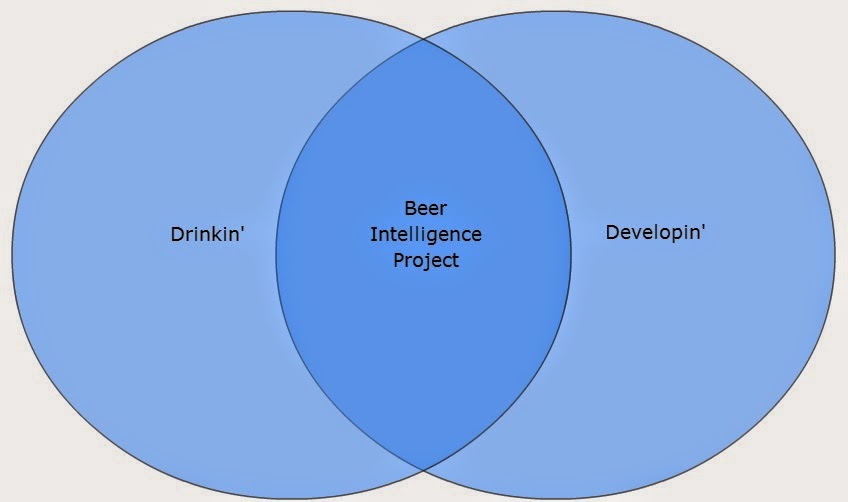 Beer #600: Peanut Butter Cup P-51 Porter by Wingman Brewers in Tacoma Washington. Like the Venn diagram that is this site, PBC Porter takes two great tastes and blends them together in a dark beer format. I picked this one up at The Hop and Vine, along with a few others, looking for something special that would properly commemorate this event. This beer is most certainly special. It's not a combination most people would pick in a beer, but it's one I couldn't pass up. The aroma is sweet and straight up PB. The hop bitterness comes through a bit much for what I think should be a sweeter dessert type beer. I wouldn't pair this beer would food, but am enjoying it while I work on this site.

PBC Porter is part of the Wingman Brewers P-51 line up which includes a straight up Porter as well as many other additions (Bourbon Barrel, Chili Pepper & Sichuan Peppercorn, Chocolate & Orange, Coconut , Coffee, Libertine Cha Cha Spice, Mexican Hot Chocolate, Peanut Butter & Coconut, Pomegranate, Pumpkin, etc). Some of these sound more appealing that others. I'd definitely pick up the Bourbon Barrel and Chili Pepper as well as the Coffee and Mexican Hot Chocolate, but would probably pass on the Coconut, Pomegranate and Pumpkin. I hope I see these beers in my local shops.
Posted by BeerIntelligenceProject at 9:54 PM