Like many beer drinkers my first tastes of beer were mass market American lagers. For many years that was the only variety of beer that I knew existed. As I and the American beer culture matured my horizons expanded as the variety on the shelves grew. There is still a time and place for those American lagers, but mostly I've moved on. Pouring pFriem's Blond IPA was a blast to the past at first look. It came out pale, yellow and clear. This looked like the beer of my youth! 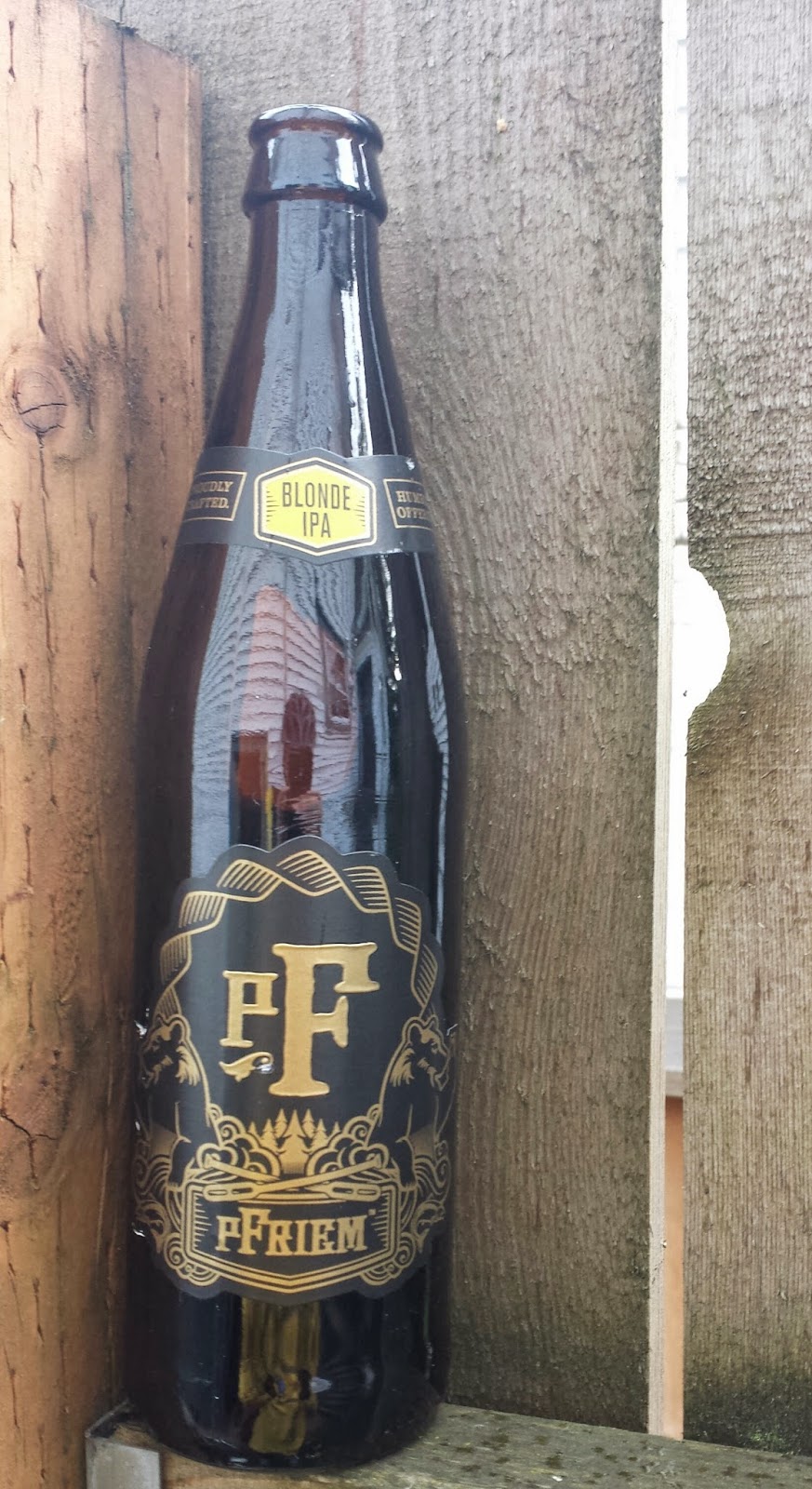 Unlike most craft breweries, pFriem filters many of their beers. While some may argue that flavor is stripped out, this beer did not suffer from lack of flavor and looked great in the glass. The similarities stopped at the first smell and sip. Hands down, this beer is great. It is light and clean with a great, but understated hop flavor coming through with tropical guava like flavors. pFriem says their secret ingredient is sunshine and I can believe that. I was indoors on a cool spring evening, but would like to revisit this beer outside on a hot day. Crisp and refreshing, like the lagers of my youth, but now with flavor.

I'm very happy to see pFriem now carried in bottles at my nearby New Seasons and looking forward to my next taste.

Posted by BeerIntelligenceProject at 8:56 PM