Spurious correlation and why Marritt Paulson should care what I drink

I like beer, that should be obvious. I like soccer, a little less obvious on this site, but plain as an Italian flop over on Twitter. Let's mash some beer data with soccer data and see what happens! Drinking beer while watching soccer is great. Drinking beer while playing soccer, less so. Today's new metric is PpP or maybe P3 or P cubed. With Points per Pairing I'm very scientifically measuring how many points the Portland Timbers earn based on the style or brewer of beer I drink.

The data part, I pulled down my records of new beers by date and joined it up with Timbers match results from Wikipedia (no pre-season), tossing out results with only a single style or brewer. The results are as clear as a well fined Kölsch, 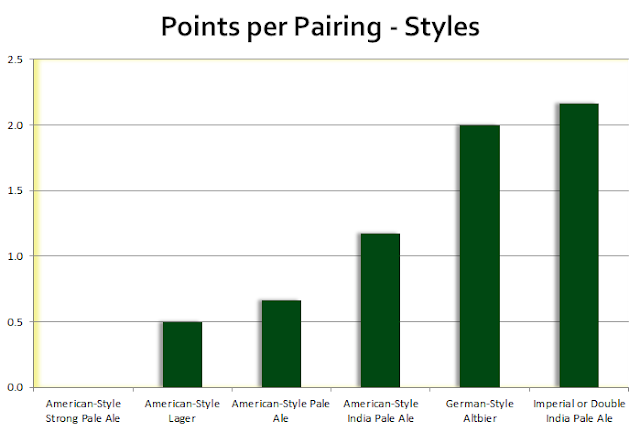 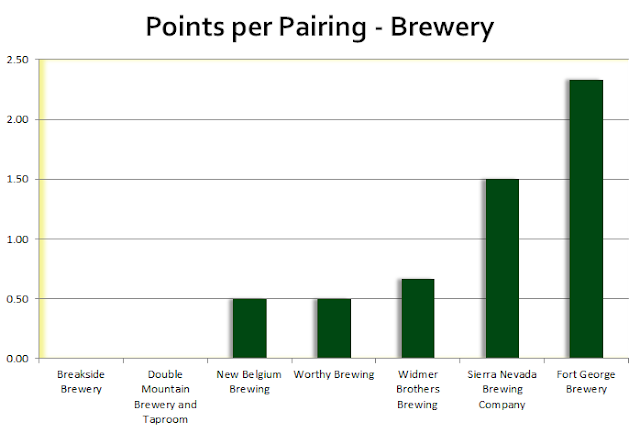 I should only be drinking Imperial IPAs from Fort George during Timbers matches and stay the hell away from Strong Pale Ales by Breakside or Double Mountain. As luck (or forecasting with the precision of a ratty deck of tarot cards) will have it I have a big can of Magnanimous IPA, clocking in at 7% ABV, in my fridge right now, just waiting for the April 3rd clash against Orlando City SC.

I'm sure Merritt Paulson and the rest of the club will appreciate me refraining from sampling a beverage from Double Mountain or Breakside when we take on the Lions.
Posted by BeerIntelligenceProject at 7:45 PM No comments: